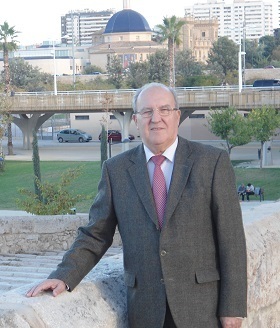 Born in 1941 in the town of Adsubia (Alicante, Spain) where he began his musical studies in his native village with Professor Alfonso Oltra.

Later he entered the School of Music of Valencia, obtaining years later advanced degrees in the fields of Piano, Composition and Conducting. 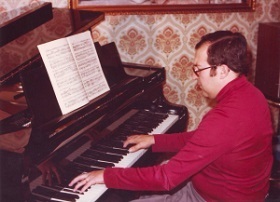 He extends and refines studies making a total of fifteen courses or Special Education courses, among them it highlights the one organized by the Department of Fine Arts in August 1971, as an intern, under the supervision of world renown teachers, including Barbara Haselbach from the Orff Institute in Salzburg (Austria) and László Ördög, professor at the Academy of Music in Budapest (Hungary).

His teaching is very extensive, imparting the teachings of Theory of Music and Music Theory, Piano, Harmony, Musical Forms, Counterpoint and Fugue and Composition.

His first teaching experiences were as music teacher in different primary and secondary schools in Valencia Province, such as Santa Barbara School in Rocafort and Salesian School "San Antonio Abad" in Valencia.

He was a professor of Theory of Music and Piano in the Choir of Our Lady of the Forsaken of Valencia and Professor of Music Theory at the "Musical Institute Giner", playing in turn the position of Head of Studies. 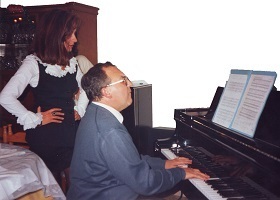 From 1968 to 1969, he was appointed music professor of the Hon. City Council of Valencia, a position he happens to occupy in property in 1978, teaching Theory of Music, Music Theory and Piano, and since 1992-93 the subject of Musical Forms at the School of Music "José Iturbi".

Moreover, from 1972-73 he also initiates his stage, covering twelve years, as a professor of music theory and theory of music at the School of Music of Valencia. From 1980 to 1981, he was appointed professor of this same subject, which will combine with the teaching of counterpoint and fugue and composition as assistant of Professor D. Amando Blanquer.

During 1993-1994, while continuing with his teaching, he was appointed Head of Studies at the School of Music "José Iturbi" in Valencia, a position he will hold until April 2011 which is when his career ended on his retirement.

Also, in 2011, to mark the end of his time as a teacher, three-Tribute Concerts were held at the School of Music "José Iturbi" on the occasion of his forty-two years of teaching in this school. One, organized by the Woodwind Department; another, by the Department of Piano and Chamber Music, and another by the School Children's Choir “Juan Bautista Comes” conducted by Cristina Contreras. Also in this event, his CD was presented, “Tribute to Valencia”, where the pianist Fernando Tortajada performed several pieces of the CD. 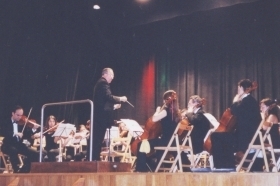 He has participated as a member of the selection board in various choir competitions and Band festivals, among them, the one organized by the Town Council of Valencia annually, being his piece of work " Overture 1970"(Obertura 1970) a compulsary work twice. 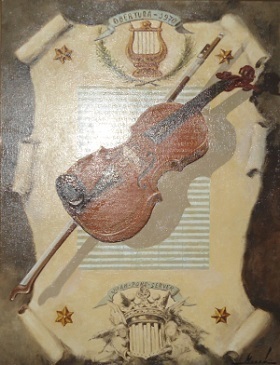 His catalog of works includes different styles and musical genres: Symphony and Chamber Orchestra, Duos , Trios Quartets ; Choral Music, Piano works , etc., being published and released much of his production by different reknown groups as the Municipal Band and the Symphony Orchestra of Valencia.

Among his didactic works publications it is worth mentioning his book "Musical Introduction", which thousands of Valencian children have started their musical studies with in secondary schools, music academies and schools of music.

With respect to its copyrighted works it is worth pointing out the recording of two CDs, one by the duo of Miguel Angel Gorrea (Violin) and Fernando Tortajada (Piano), entitled “Musical Moment” ("Momento Musical") and another with piano works performed by Fernando Tortajada, entitled “Tribute to Valencia”.

He belongs to the Society of Authors and Editors of Spain (SGAE) and to the Association of Valencian Symphonic Composers (COSICOVA), which is a founding member. 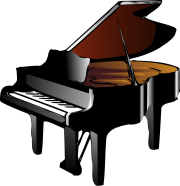 ""If a composer could say what he wants to say with words, he wouldn’t bother trying to say it with music""

"In this work, the author puts the best of himself, with the desire to awaken in the listener, pure and noble feelings, that they may predispose him or her to be more understanding and supportive of others."

"Generally speaking, we could say that, in his works, the main feature is the preponderance of intensely expressive melodic element, wrapped in an attractive and inspiring harmony."

"Juan Pons Server brings the experience of many years engaged in teaching with enthusiasm and love for the profession which are proverbial virtues in this vocational musician."

"It raises all the elements that constitute the discipline of proposed teaching, with technical rigor, without easy concessions for amateurs".

"It goes directly to the training of a future professional musician, but (and this is its great success) with amenity and simplicity, avoiding complications, making its study affordable and progressive."